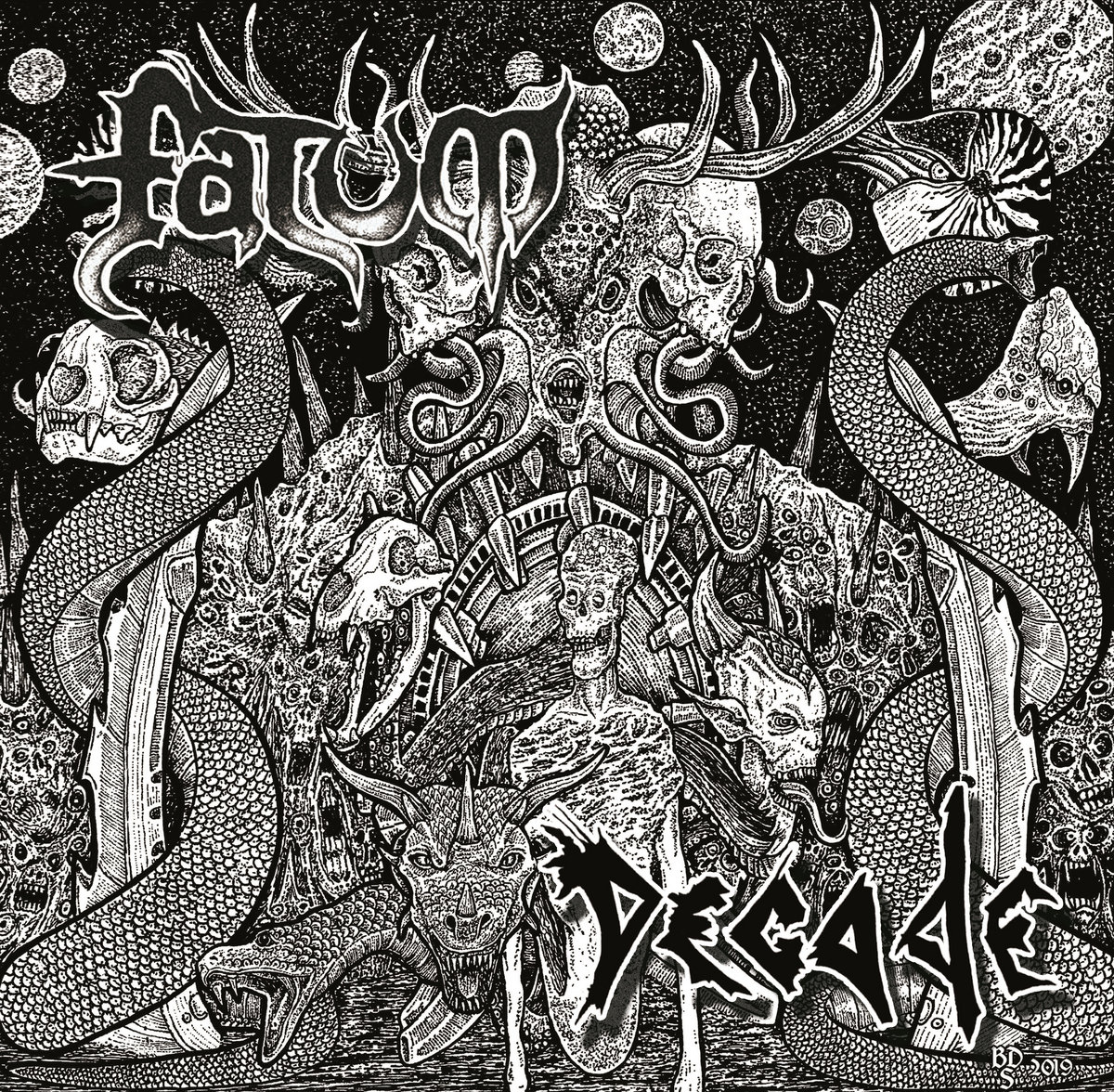 The long awaited split from Moscow’s FATUM and Ontario’s DECADE is ready to be unleashed upon the crusty masses! First up, Fatum bulldozes you with a tank of thrashing crust! Decade follows up Fatum with the final bombs that leave nothing in their wake!