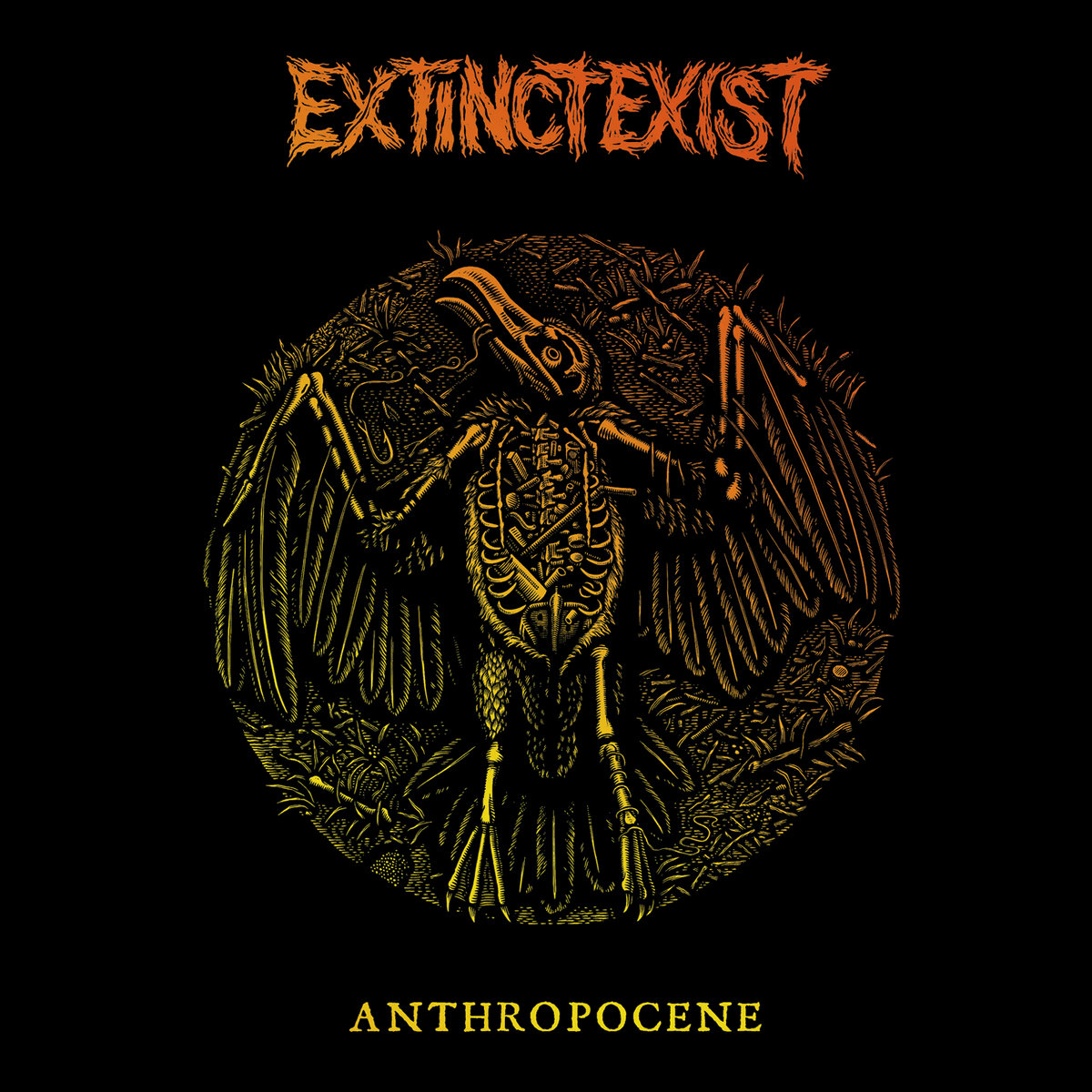 At last the long awaited new album from Melbourne’s crucial crust ensemble “ExtinctExist” is finally here – It’s been ages in the making but now all parts are together and you should get ready for a massive attack of no nonsense crustcore from these veteran members of the Australian DIY Punk underground.

ExtinctExist pick up where they left on “Cursed Earth” (2016) and deliver 10 new rippers of heavy and crushing D-beat infused “CRUST” (in capitals!) with slaps of moody dirge-ridden passages and a metallic edge here and there.

“Anthropocene” as a concept album is reflecting upon “the human epoch” as palbearer of our environment for animals and nature as well as many indigenous cultures and ethnicities.